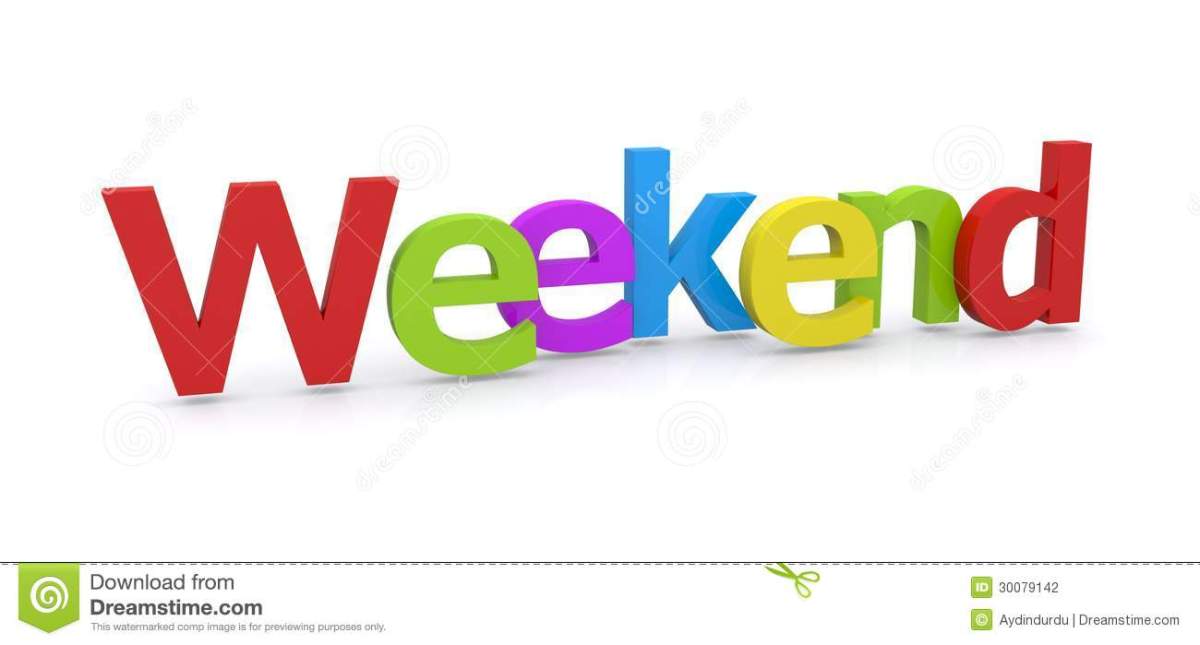 Hello Friends!  Once again we embark on a

What better way to start the weekend than with something fun, eh?  Well I’ve got just the thing …

All the world is a canvas …

I was bobbing along on Bored Panda yesterday (I love Bored Panda … always something to love!) when I came across a unique form of artwork.  Russian illustrator Nikita Golubev lives in Moscow and scours the city in search of … dirty cars & trucks!  And what he does with them is … at least in my opinion … really amazing!  I’ve picked out a few to share with you, but you can see more on Bored Panda. 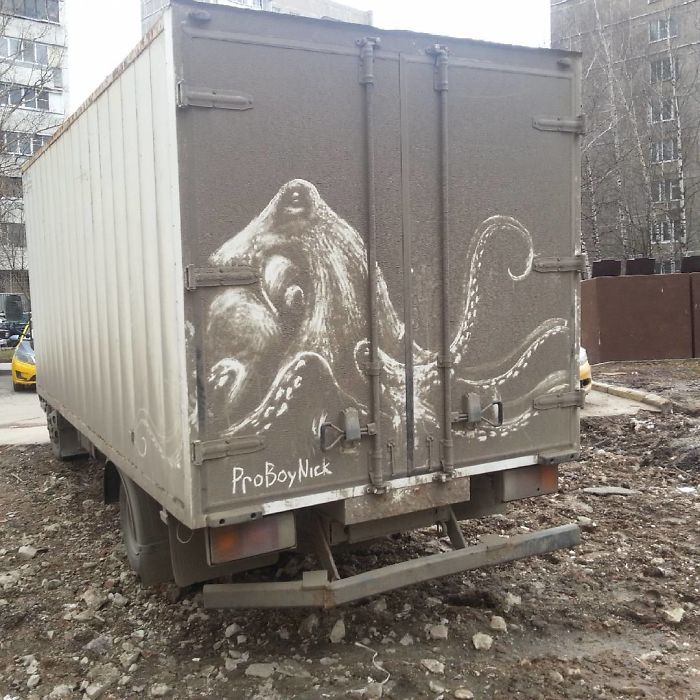 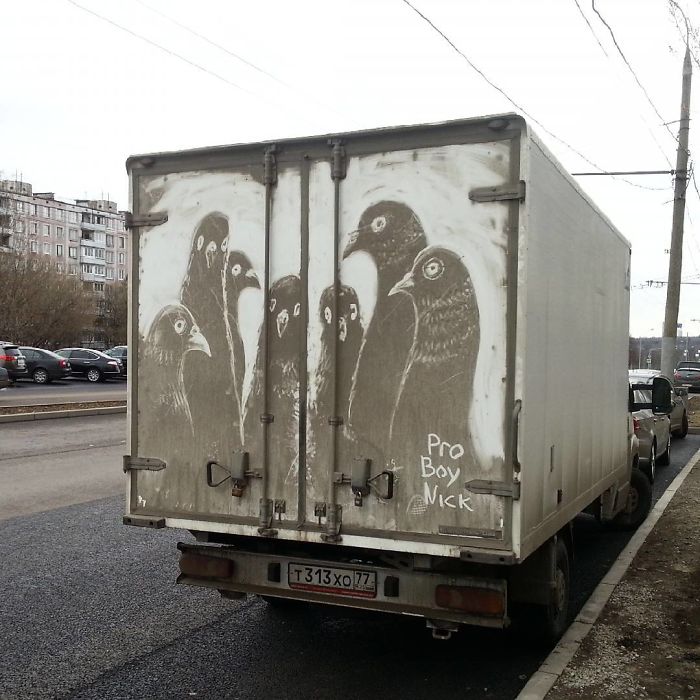 Isn’t that cool?  If someone did that on my car, I would immediately have a coat of clear-coat applied so I could keep it forever!  You can watch a short (41 seconds) clip of him doing his art

We first met in English 101 class at St. Jerome’s College, University of Waterloo in September 1969. I was in my first year studying for the Roman Catholic priesthood (7-year program). The first three years of the program had we seminarians taking classes with other students at the university while we lived in Resurrection College – the seminary residence on campus. I was majoring in History and Philosophy.

Anne, also a freshman and Waterloo native, was living at home and working part-time at Economical Insurance Company in Kitchener. Anne was dating another guy at the time, although she claims it wasn’t serious. Anne was an English major who also studied courses in mathematics.

We met in English class and then discovered we were in the same philosophy class as well. Most days, I would attend the daily Mass at Notre Dame Chapel – the women’s residence at St. Jerome’s College. Anne would often be there too, sitting with her boyfriend. I would often wink at her in the chapel and she would blush. Her boyfriend was not amused! We had become friends in class and she offered to type an essay for me when I could not borrow one at the seminary. I kept things platonic because seminarians were not allowed to date – in preparation for a life of celibacy. Besides, Anne was dating and I was content to be friends.

I left the seminary halfway through our second year because I knew I would be miserable as a celibate. I moved into the home of my brother’s in-laws in Kitchener for the second half of the school year. As well, I found myself in the same Wednesday evening philosophy class which ran three hours. We’d head over to the men’s residence cafeteria for coffee during the break. Anne and I usually sat at the same table and chatted amiably. She mentioned that she heard I had left the seminary. We talked about that until the break was over – but I had no idea she had recently broken up with her boyfriend. I was aching to ask her out but I was too frightened of rejection – and I was pretty sure that would happen.

One Wednesday evening at break time, a miracle happened! Anne asked me to accompany her to the upcoming Sadie Hawkins dance at St. Jerome’s College. I was flabbergasted! I think I just sat there grinning stupidly at this beautiful girl who has asked me out. It was our first date – February 11th, 1971, and it went so well that Anne agreed to marry me when I proposed in April of 1972. The following September I started my teacher preparation in Hamilton while Anne began a thirty-nine-year career at Economical Insurance Company. We married on June 30th/’73.

As we celebrate 45 years of marriage, people often ask me what is our secret. I always respond with a chuckle, “That’s easy! “Yes, Anne. No, Anne. Whatever you say, Anne!” And I would often remind our three children, “When Momma’s not happy, NOBODY’S happy!” All kidding aside, sometimes we feel like an endangered species in this day and age of divorces and multiple marriages. Mostly, we just feel very lucky! 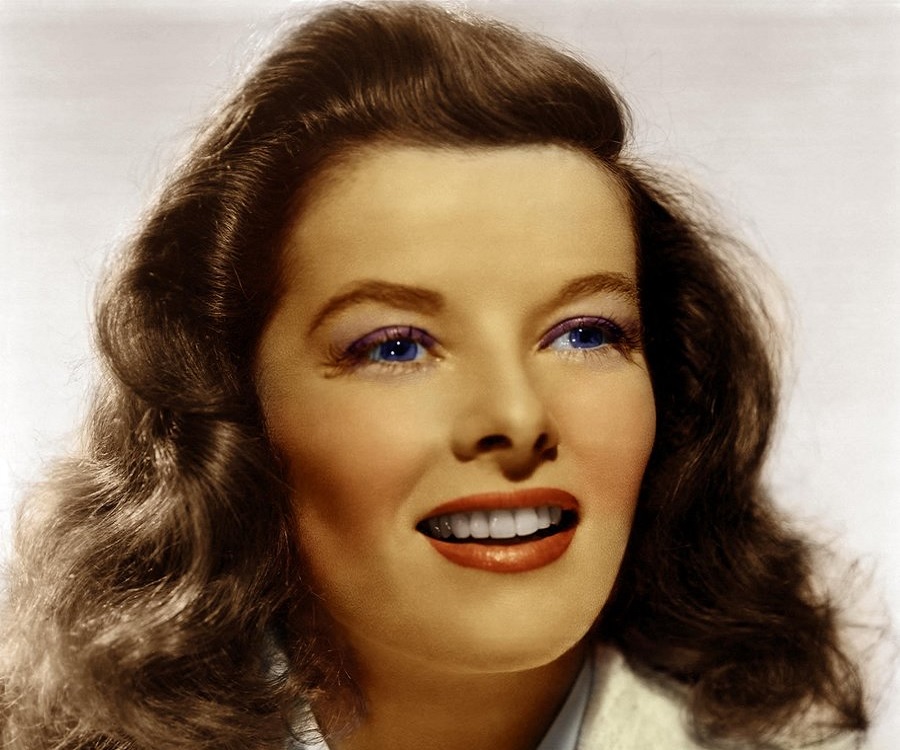 The Canadian National Vimy Memorial is a war memorial site in France dedicated to the memory of Canadian Expeditionary Force members killed during the First World War. It also serves as the place of commemoration for Canadian soldiers of the First World War killed or presumed dead in France who have no known grave. The monument is the centerpiece of a 100-hectare (250-acre) preserved battlefield park that encompasses a portion of the ground over which the Canadian Corps made their assault during the initial Battle of Vimy Ridge offensive of the Battle of Arras. END_OF_DOCUMENT_TOKEN_TO_BE_REPLACED

“You heard Pops you two. No running around. Twiggy needs her rest after surgery.” 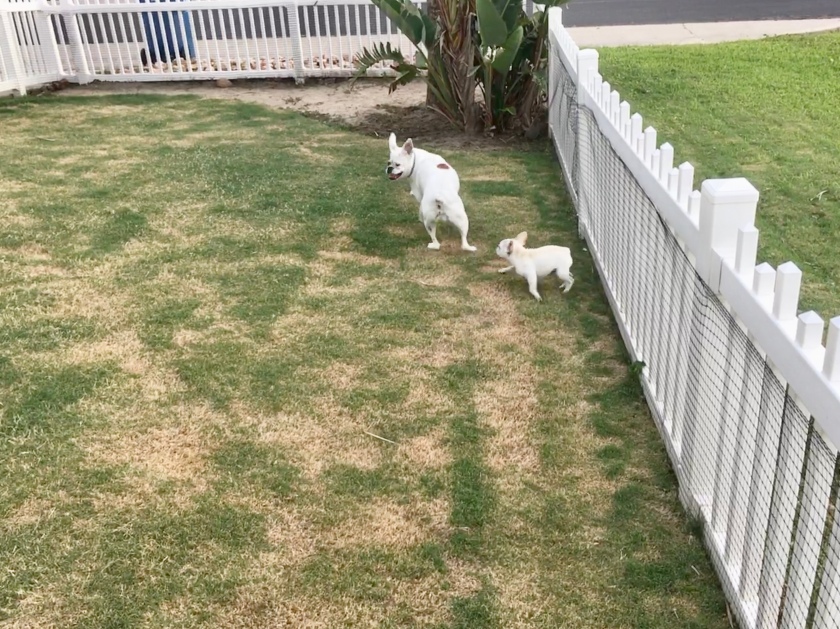 “You sure it will be okay?” 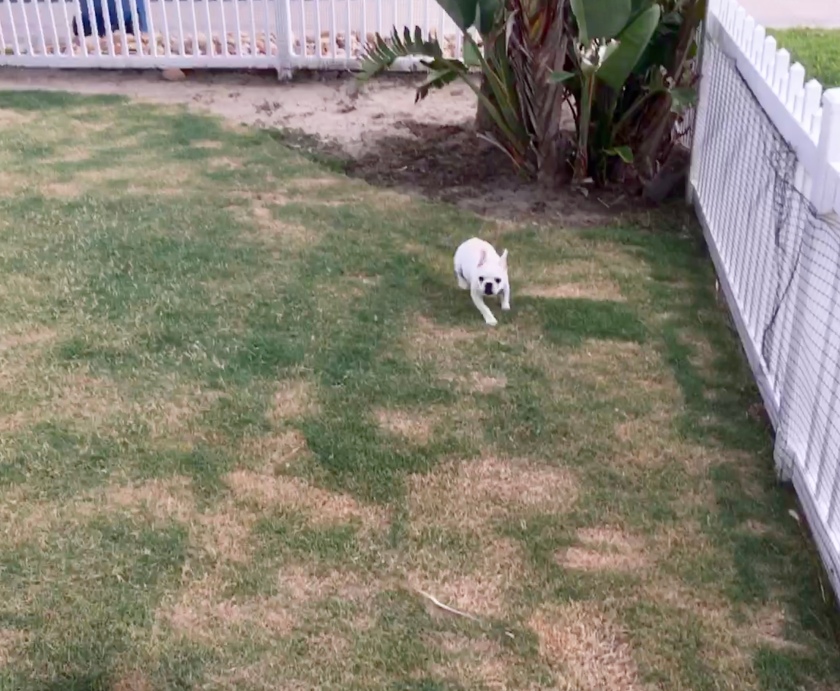 “Well okay. You go and I’ll run after you 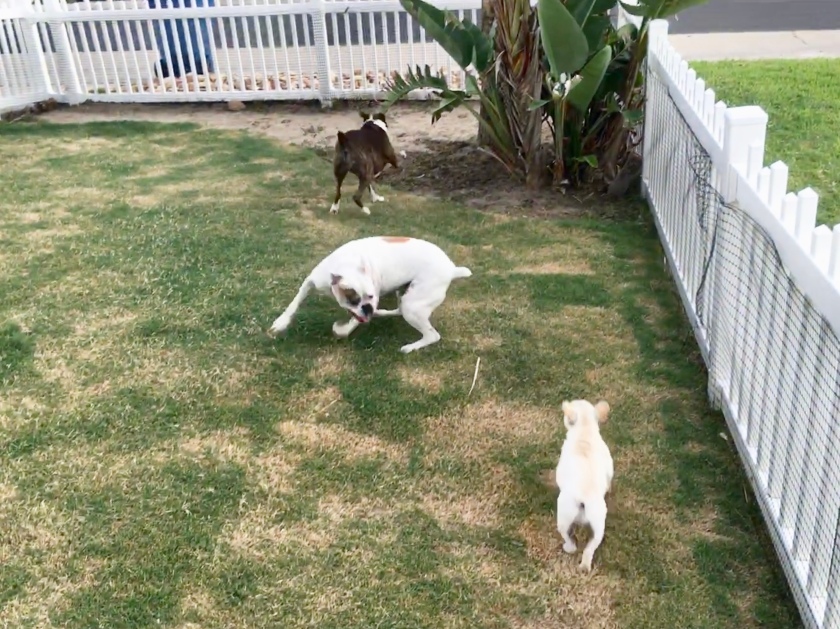 “There you go, Twiggy. You look great.” 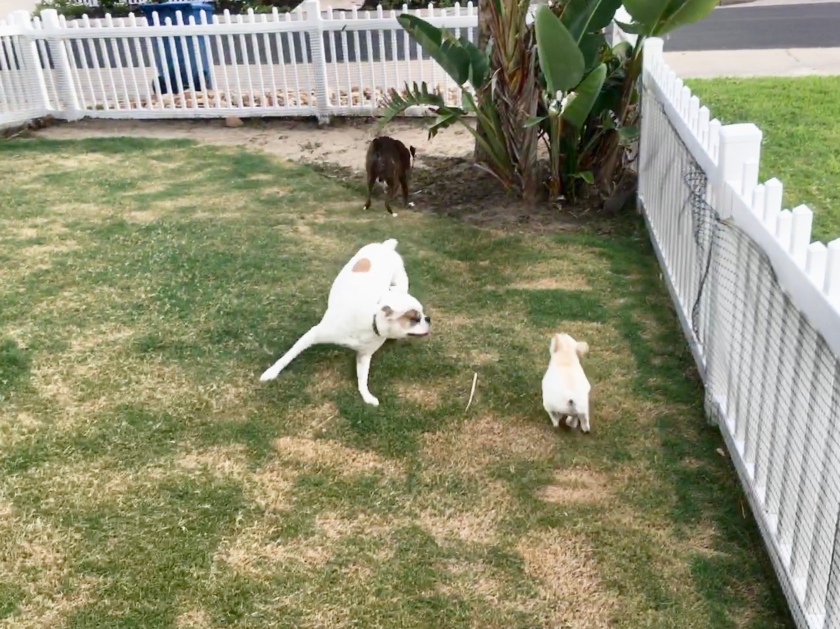 “Go catch Bailey. Then come back after me.” 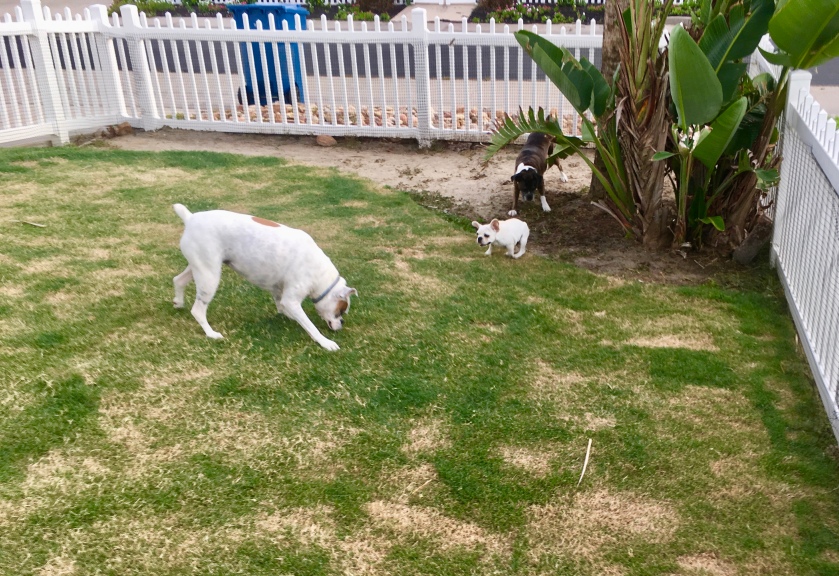 “Bring it on, little stuff. I can outrun a freight train, let alone a little caboose like you.

“Okay ladies. Time to come inside.” 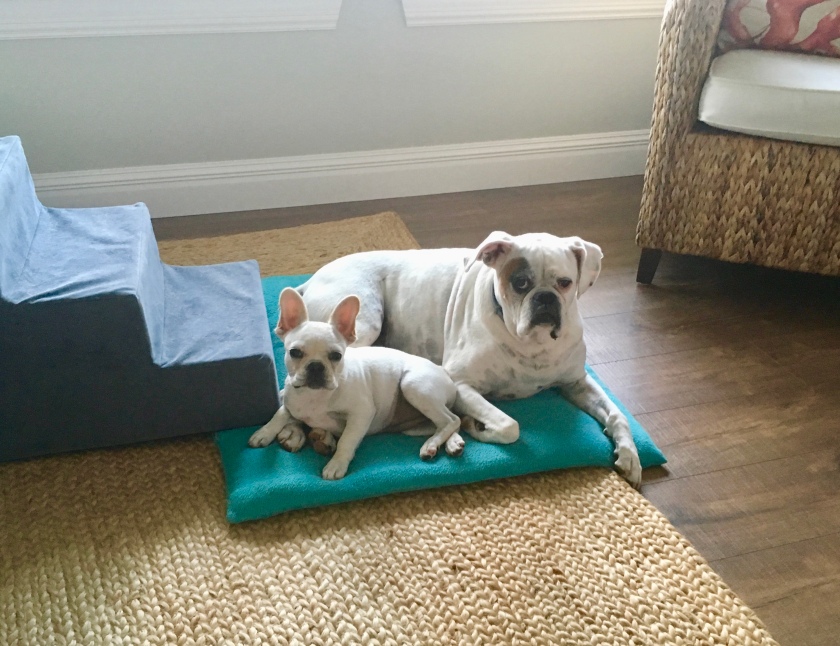 “You and Twiggy take it easy out there?”

“You have no need to worry, Boss. We were like lambs. Right Twiggy?”

Terrance Stanley (Terry) Fox, CC, OBC, athlete, humanitarian, cancer research activist (born 28 July 1958 in Winnipeg, MB; died 28 June 1981 in New Westminster, BC). Terry Fox inspired the nation and the world through his courageous struggle against cancer and his determination to raise funds for cancer research. Not long after losing his right leg to cancer, Fox decided to run across Canada to raise awareness and money for cancer research. He ran from St. John’s, Newfoundland, to Thunder Bay, Ontario, covering 5,373 km in 143 days, but was forced to halt his Marathon of Hope when cancer invaded his lungs. He died shortly before his 23rd birthday. The youngest person to be made a Companion of the Order of Canada, he was also named a Person of National Historic Significance by the Government of Canada and was inducted into Canada’s Sports Hall of Fame. His courage and determination have inspired millions of people around the world, many of whom participate in the annual Terry Fox Run for cancer research. END_OF_DOCUMENT_TOKEN_TO_BE_REPLACED

Amid all the upsetting news bombarding us each day, Jill Dennison sends us, by way of antidote, a delightful story about two men who are doing wonderful things for others! Please share!

This week, good people have been dropping into my lap!  No, not literally … that is actually Princess Nala you see on my lap.  But several times in the past week I have come across stories about good people.  This morning, I would like to introduce you to two of those good people:  Rob Scheer, and his husband Reece. 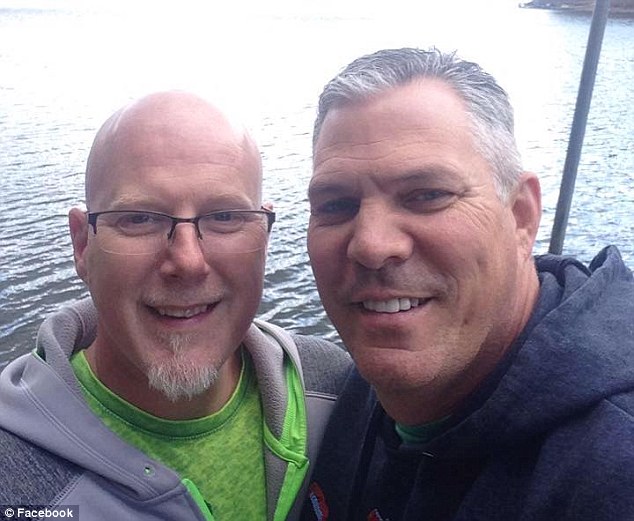 Rob Scheer was raised in an abusive household where his parents, both alcoholics and drug addicts, thought it was great fun to hold guns to their children’s heads from time to time.  When he was ten-years-old, his parents died and Rob was placed in foster care, carrying all his worldly belongings in a trash bag.  Rob was determined to rise above his beginnings, to define his own path in life.

At age 18, as typically happens with foster kids, Rob found himself homeless.  Not knowing what else to do, he joined…

A policy of multiculturalism was officially adopted by the Government of Canada under Pierre Trudeau during the 1970s and 1980s. The Canadian federal government has been described as the instigator of multiculturalism as an ideology because of its public emphasis on the social importance of immigration. The 1960s Royal Commission on Bilingualism and Biculturalism is often referred to as the origin of modern political awareness of multiculturalism. END_OF_DOCUMENT_TOKEN_TO_BE_REPLACED 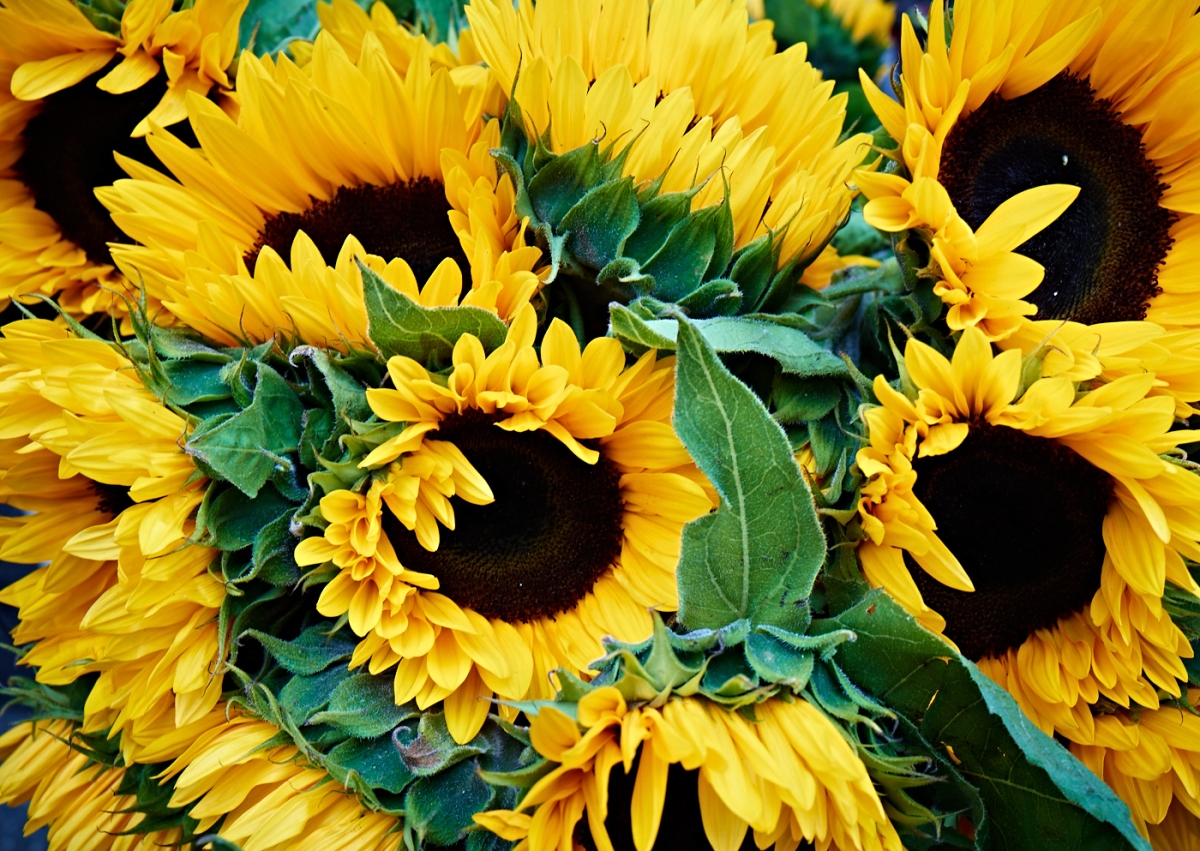 Jill Dennison reminds us in this timely and well-written post that opponents of Donald Trump need to take the “high road” when responding. This is very hard to do, but it is the only road to success.

I did not plan nor want to write a post about the Red Hen.  Or about Kirstjen Nielsen or Sarah Huckabee Sanders and their restaurant choices.  It is ridiculous and a waste of my time and yours.  BUT … there is a bigger issue here and it is an important one:  R-E-S-P-E-C-T.

I do not dislike Sarah Huckabee Sanders, for I do not know her.  Never met her, never had a conversation with her.  I do not like the fact that she perpetuates Donald Trump’s lies, I do not like her denigration of certain members of the press, and I think as far as the job she does as White House Press Secretary, she is without values.  That said, if I saw her eating in my favourite restaurant I would not harass her, would not so much as give her a sidelong glance.  I would either ignore her and leave… 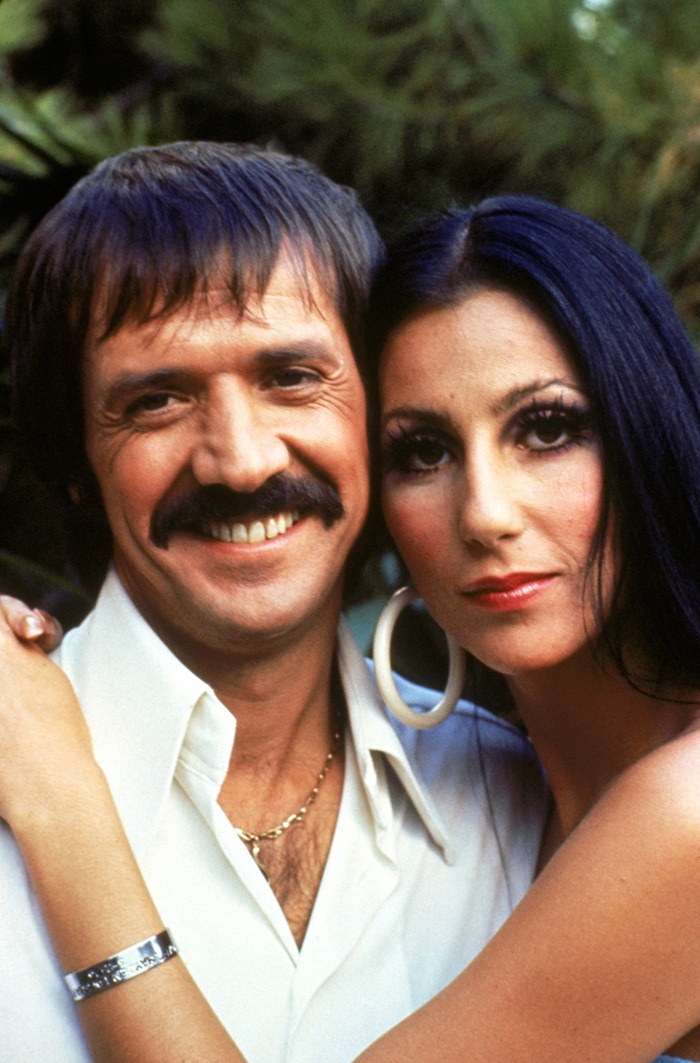 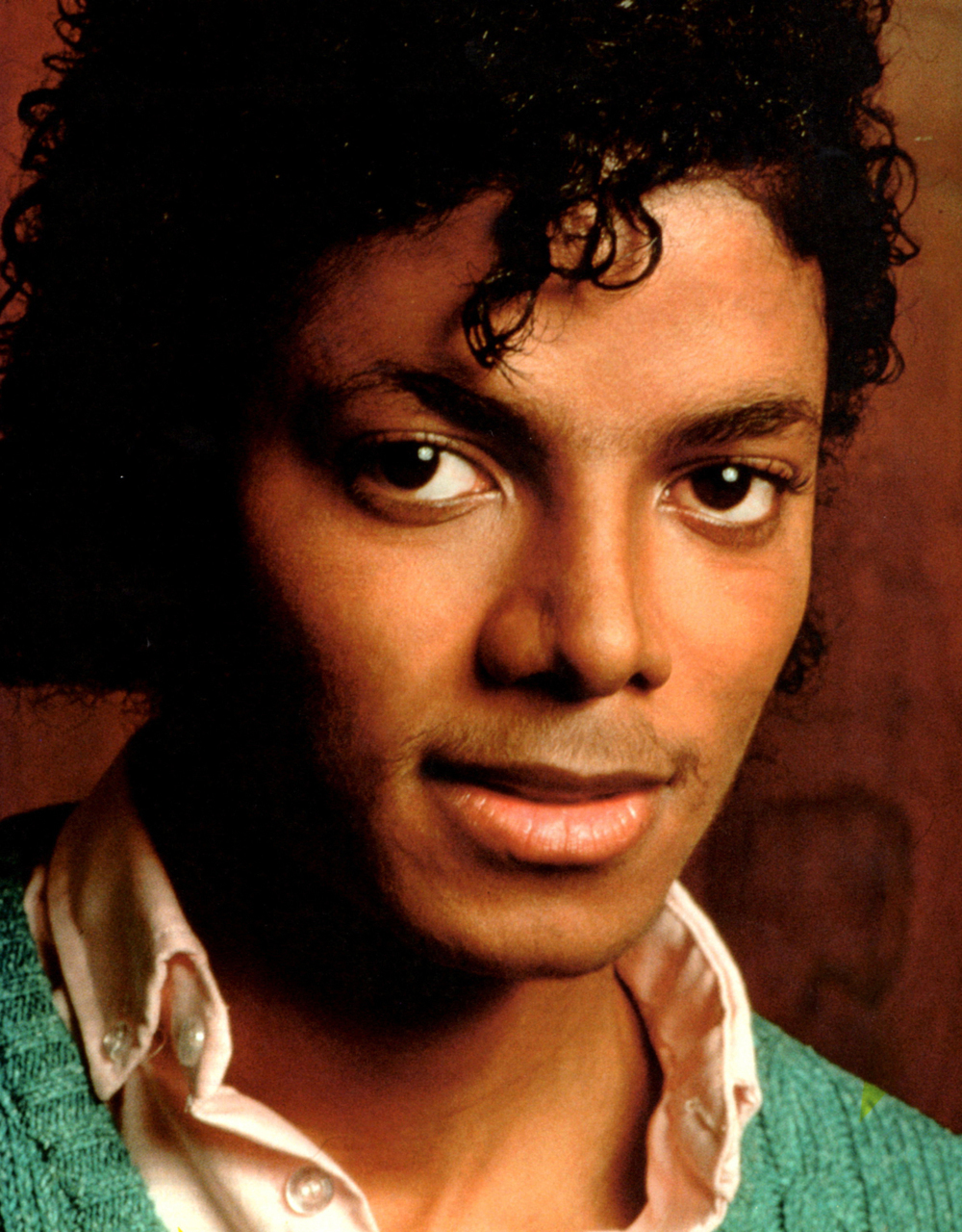 The Canadian federal election of 1968 was held on June 25, 1968, to elect members of the House of Commons of Canada of the 28th Parliament of Canada. The Liberal Party won a majority government under its new leader, Prime Minister Pierre Trudeau.

Trudeau, who was a relative unknown until he was appointed to the cabinet by Prime Minister Lester B. Pearson, had won a surprise victory over Paul Joseph James Martin, Paul Hellyer and Robert Winters in the party’s leadership election earlier in 1968. The charismatic, intellectual, handsome, single, and fully bilingual Trudeau soon captured the hearts and minds of the nation, and the period leading up to the election saw such intense feelings for him that it was dubbed “Trudeaumania.” At public appearances, he was confronted by screaming girls, something never before seen in Canadian politics. END_OF_DOCUMENT_TOKEN_TO_BE_REPLACED