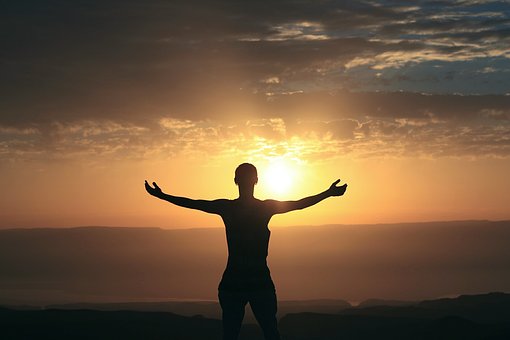 “The true identity theft is not financial. It’s not in cyberspace. It’s spiritual. It’s been taken.”

Born in 1932 in Salt Lake City, Utah, Stephen Covey was an American educator and taught at Brigham Young University. He fathered a large family and died in 2012. As an author, his greatest achievement was his book, The 7 Habits of Highly Effective People which is cited as the most influential book in business education in the 20th Century.

There has been much written and discussed about our materialistic society. As a group, we collectively pursue the relentless acquisition of goods which has resulted in a spectacularly prodigious amount of personal debt. I do not wish to enter into a discussion or debate about how this materialism came to be. But this reality is the backdrop for Stephen Covey’s words cited above.

Covey speaks of the current issue of identity theft. Our personal identity is sacred to all of us. The theft of our name and official government identifiers, like social insurance numbers, is a vexing problem that the existence of cyberspace has made more dangerous than ever before. Victims of identity theft face financial ruin and, perhaps, criminal and civil consequences in the courts.

For most of my life, the spiritual realm and religion were one and the same. Certainly, there is a relationship between the two, but they are not synonymous, not the same. The human spirit is not necessarily about religion in general or about a specific religion. I believe that everyone possesses a soul, the spiritual core of our being. We cannot see it, hear it, or feel it. But it is powerful.

Many people turn to religion to satisfy their spiritual needs. And for some, religion has become a badge of social respectability that one has earned by attending church regularly – saying all the right prayers and singing the right hymns. For them, it goes no farther. Others work hard to live the tenets of their chosen faith in their daily lives. But religion is not for everyone because the rules and regulations of formal religions can be restrictive.

Our common spirituality transcends religious practices and communities. The human spirit is about the values and personal truths we hold dear. These realities are not our birthright as humans, but they must be cultivated through great personal effort. It means setting aside alone time to meditate or think deeply about the things we truly value. To question ideas that originate within ourselves and from others. What do we truly value? Things? Yes, sadly, things.

I believe that Covey is telling us that our craving for material possessions which has been institutionalized into mass shopping sprees on days designated by the corporations that profit from them, has driven us not only into deep personal debt but also into a soulless existence. Our education system prepares us for jobs. Jobs are our means to earn a living. Those jobs give birth to an overwhelming need to be promoted into higher-paying jobs so that we may acquire more things.

We are not being educated to live our lives well. We are not encouraged to seek out and meditate on the wisdom of those who went before us. In fact, we are not encouraged to meditate at all! Where are we now? We are facing ecological disaster and extinction. Are we waking up to the fact that our rampant materialism has stolen our souls? No, it doesn’t look like it. Listen carefully to the messages of politicians running an election campaign. Look at the commercials on television. What does our behaviour reveal about our values?

I agree with Stephen Covey but I’m not prepared to write off the human race just yet. It is clear we need to nurture our spiritual identity. How we do that is a matter of choice. But we need to take back our spirituality.

9 thoughts on “Has Our Soul Been Taken?”