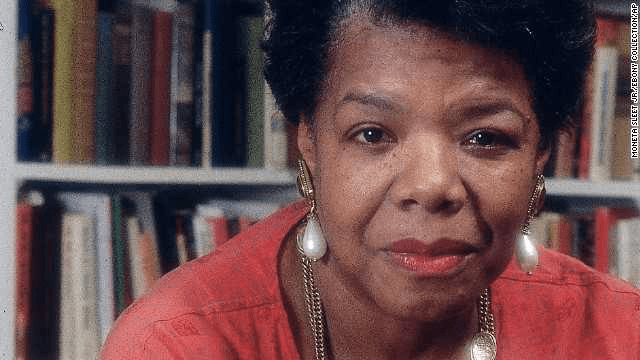 Annette, Emilie, Yvonne, Cecile and Marie aroused worldwide attention after their birth at Corbeil, Ontario, to Oliva and Elzire Dionne on 28 May 1934. With only two previous cases on record, they were the only quintuplets to survive for more than a few days. This miracle, plus their baby cuteness, the poverty of their French Canadian parents, and the controversy over their guardianship, made them the sensation of the 1930s.

Fearing private exploitation, the Ontario government removed them from their parents and placed them in a specially built hospital under the care of Dr Allan Roy Dafoe, who had delivered them. Oliva Dionne fought a nine-year battle to regain them. In the interval, they became the country’s biggest tourist attraction and a $500 million asset to the province. Three million people trekked to “Quintland” to watch the babies at play behind a one-way screen.

Hollywood fictionalized their story in three movies in the 1930s. Dozens of commercial endorsements swelled their trust fund to nearly $1 million. A reunion with the family in November 1943 was not successful. Eventually, the quintuplets moved to Montréal. Three of the quintuplets — Annette, Cecile, and Marie — married but later divorced. Emilie, an epileptic, entered a convent and died in August 1954 during a seizure. The four survivors told their own often bitter story in We Were Five, published in 1965. Five years later Marie died in February 1970 from what was apparently a blood clot in the brain (the cause of death is uncertain). The remaining three shared the final installment of the much-depleted trust fund in 1979.

In 1997, Annette, Cecile, and Yvonne claimed that their father had sexually abused them in their book Family Secrets: The Dionne Quintuplets’ Own Story, co-authored by Jean-Yves Soucy. In March 1998, the Ontario government announced that it would pay the three surviving quints $4 million in compensation for the nine years they spent on display at a tourist theme park. Three years later Yvonne died of cancer. Not until September 1987 was another set of quints — this time two boys and three girls — born in Canada.

On this day in 1937, the government of Germany–then under the control of Adolf Hitler of the National Socialist (Nazi) Party–forms a new state-owned automobile company, then known as Gesellschaft zur Vorbereitung des Deutschen Volkswagens mbH. Later that year, it was renamed simply Volkswagenwerk, or “The People’s Car Company.”

Originally operated by the German Labor Front, a Nazi organization, Volkswagen was headquartered in Wolfsburg, Germany. In addition to his ambitious campaign to build a network of autobahns and limited access highways across Germany, Hitler’s pet project was the development and mass production of an affordable yet still speedy vehicle that could sell for less than 1,000 Reich marks (about $140 at the time). To provide the design for this “people’s car,” Hitler called in the Austrian automotive engineer Ferdinand Porsche. In 1938, at a Nazi rally, the Fuhrer declared: “It is for the broad masses that this car has been built. Its purpose is to answer their transportation needs, and it is intended to give them joy.” However, soon after the KdF (Kraft-durch-Freude)-Wagen (“Strength-Through-Joy” car) was displayed for the first time at the Berlin Motor Show in 1939, World War II began, and Volkswagen halted production. After the war ended, with the factory in ruins, the Allies would make Volkswagen the focus of their attempts to resuscitate the German auto industry.

Volkswagen sales in the United States were initially slower than in other parts of the world, due to the car’s historic Nazi connections as well as its small size and unusual rounded shape. In 1959, the advertising agency Doyle Dane Bernbach launched a landmark campaign, dubbing the car the “Beetle” and spinning its diminutive size as a distinct advantage to consumers. Over the next several years, VW became the top-selling auto import in the United States. In 1960, the German government sold 60 percent of Volkswagen’s stock to the public, effectively denationalizing it. Twelve years later, the Beetle surpassed the longstanding worldwide production record of 15 million vehicles, set by Ford Motor Company’s legendary Model T between 1908 and 1927.

With the Beetle’s design relatively unchanged since 1935, sales grew sluggish in the early 1970s. VW bounced back with the introduction of sportier models such as the Rabbit and later, the Golf. In 1998, the company began selling the highly touted “New Beetle” while still continuing production of its predecessor. After nearly 70 years and more than 21 million units produced, the last original Beetle rolled off the line in Puebla, Mexico, on July 30, 2003.

Matthias Rust, a 19-year-old amateur pilot from West Germany, takes off from Helsinki, Finland, travels through more than 400 miles of Soviet airspace, and lands his small Cessna aircraft in Red Square by the Kremlin. The event proved to be an immense embarrassment to the Soviet government and military.

Rust, described by his mother as a “quiet young man…with a passion for flying,” apparently had no political or social agenda when he took off from the international airport in Helsinki and headed for Moscow. He entered Soviet airspace, but was either undetected or ignored as he pushed farther and farther into the Soviet Union. Early on the morning of May 28, 1987, he arrived over Moscow, circled Red Square a few times, and then landed just a few hundred yards from the Kremlin. Curious onlookers and tourists, many believing that Rust was part of an air show, immediately surrounded him. Very quickly, however, Rust was arrested and whisked away. He was tried for violating Soviet airspace and sentenced to prison. He served 18 months before being released.

The repercussions in the Soviet Union were immediate. Soviet leader Mikhail Gorbachev sacked his minister of defense, and the entire Russian military was humiliated by Rust’s flight into Moscow. U.S. officials had a field day with the event–one American diplomat in the Soviet Union joked, “Maybe we should build a bunch of Cessnas.” Soviet officials were less amused. Four years earlier, the Soviets had been harshly criticized for shooting down a Korean Airlines passenger jet that veered into Russian airspace. Now, the Soviets were laughingstocks for not being able to stop one teenager’s “invasion” of the country. One Russian spokesperson bluntly declared, “You criticize us for shooting down a plane, and now you criticize us for not shooting down a plane.”

Irene Cara’s song “Flashdance (What a Feeling)”, from the Flashdance movie soundtrack, goes to the top of the U.S. pop charts on this day in 1983.

“Flashdance (What a Feeling)” was not the first hit song from a movie soundtrack for Irene Cara, whose star was launched by the 1980 film Fame. Cara not only played the starring role of Coco in the movie Fame, but she also recorded not one but two Oscar-nominated songs for it: the title song “Fame” (a top-10 hit in the summer of 1980) and “Out Here On My Own” (a top-20 hit that same fall). By far her biggest impact as a musician, however, would come with her work on the movie Flashdance. Flashdance was the first collaboration between producers Don Simpson and Jerry Bruckheimer, and it made extensive use of what would become a signature element of their films: montage sequences set to the tune of original soundtrack music and cut in the style of the then-infant medium of music videos. This incredibly lucrative formula, which was new to the world of feature films in 1983, would later reach its apotheosis with the Simpson-Bruckheimer classic Top Gun (1986). And what Top Gun did for fighter jets, beach volleyball and Kenny Loggins, Flashdance did for blast furnaces, barefoot lobster dinners and Irene Cara. When “Flashdance (What a Feeling),” went to #1, it gave Cara the biggest hit of her career and helped propel the relatively low-budget film from which it came to the #3 spot on the total box-office revenue list for 1983.

Unfortunately for Cara, her next soundtrack hit—”The Dream (Hold Onto Your Dream)” from the Mr. T vehicle D.C. Cab—would not have nearly the same cultural impact as the song that reached the top of the charts on this day in 1983.

On this day in 2014, author and poet Maya Angelou, who published more than 30 books, including 1969’s “I Know Why the Caged Bird Sings,” a best-selling memoir about the racism and abuse she experienced growing up, dies at 86 at her home in Winston-Salem, North Carolina. In addition to her celebrated literary career, Angelou was a performer, civil rights activist and college professor.

Born Marguerite Annie Johnson on April 4, 1928, in St. Louis, Angelou was sent at age 3 to live with her grandmother in segregated Stamps, Arkansas, after her parents divorced. When Angelou was 7 or 8, she was raped by her mother’s boyfriend in St. Louis. He was convicted of the crime but beaten to death soon afterward. For the next five years, the traumatized Angelou stopped speaking to anyone except her beloved older brother. As a teen, Angelou moved to San Francisco, where her mother was living, and worked as the city’s first African-American female cable car conductor. She became pregnant at 16 and gave birth shortly after graduating high school then held a series of jobs, including waitress, cook, and madam while raising her son on her own.

In the early 1950s, she worked as a nightclub singer and dancer and began using the name Maya Angelou—Maya was her brother’s nickname for her and Angelou was a variation on the last name of the man to whom she briefly was married around this time. Angelou, who stood 6 feet tall, went on to tour Europe in a production of “Porgy and Bess” and release an album of calypso songs. In the late 1950s, she moved to New York City, where she joined the Harlem Writers Guild and became involved in the civil rights movement; she later got to know both Martin Luther King and Malcolm X. During the early 1960s, she lived in Egypt and Ghana and worked as a writer and editor.

Besides her books and poems, Angelou wrote for theater, film, and television, was a Tony Award-nominated actress and directed a feature film, “Down in the Delta” (1998). She also taught at Wake Forest University for three decades, starting in the early 1980s. In 2011, President Barack Obama, whose own sister was named for Angelou, awarded her the Presidential Medal of Freedom, America’s highest civilian honor, saying: “By holding on even amid cruelty and loss, and then expanding to a sense of compassion, an ability to love–by holding on to her humanity, she has inspired countless others who have known injustice and misfortune in their own lives.”