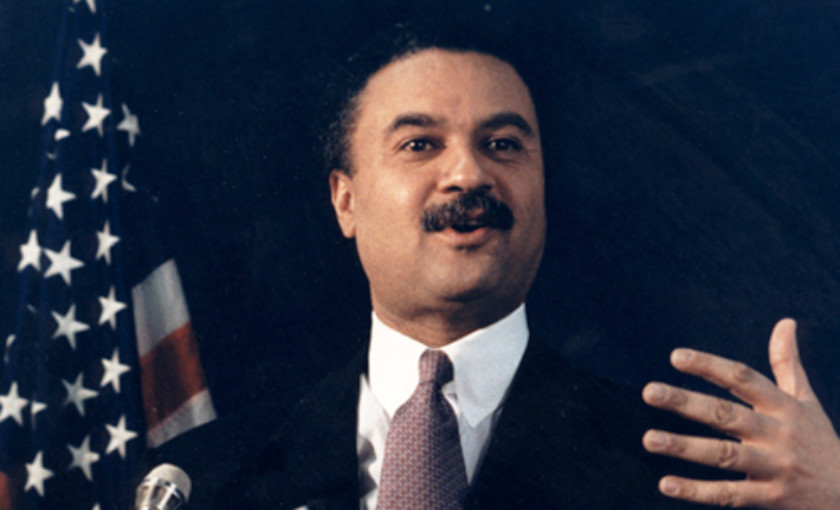 It’s Saturday! Did You Know…

The Treaty of Paris ended the Seven Years’ War between France, Britain, and Spain. It marked the end of that phase of European conflict in North America and created the basis for the modern country of Canada.

The Seven Years’ War was fought from 1756-63. The first war to span the globe, it was chiefly fought between Britain, Prussia, and Hanover, against France, Austria, Sweden, Saxony, Russia and Spain.

France and Britain were especially hostile enemies, waging war on land and sea in Europe and in colonies around the world. Britain hoped to destroy France’s navy and merchant fleet, take possession of its colonies and remove France as a commercial rival.

Much of the fighting took place in North America, where the European powers clashed over possession of their colonies. The North American theatre is also known as the French and Indian War.

The Treaty of Paris was signed on 10 February 1763 by France, Britain, and Spain.

Three years earlier, Governor Pierre de Rigaud de Vaudreuil de Cavagnial, Marquis de Vaudreuil, surrendered New France (what is now Quebec, and other French territories in North America) to a British invasion force at Montréal by the Articles of Capitulation on 8 September 1760. Prior to this the Aboriginal allies of the French had reached an agreement with the British at Oswegatchie (25 August) and the Huron of Lorette had done likewise at Longueuil (5 September). New France was under military occupation and military rule until a definitive treaty of peace was negotiated.

By the terms of the treaty, Britain obtained the French possessions of Ile Royale (Cape Breton Island), Canada (Quebec), and the Great Lakes Basin and the east bank of the Mississippi River. Britain received Florida from Spain.

France retained fishing rights in Newfoundland and the Gulf of St Lawrence acquired the small Gulf islands of Saint Pierre and Miquelon as an unfortified fishing station and had her lucrative West Indian possessions, trading centers in India and slaving station on the Île de Gorée (in present-day Senegal) restored.

In accordance with the conditional capitulation of 1760, Britain guaranteed French Canadians limited freedom of worship. Provisions were made for an exchange of prisoners; French Canadians were given 18 months to emigrate if they wished, and government archives were preserved.

Britain had acquired a large empire and France was still able to challenge British naval supremacy, but Spain achieved none of her war aims.

Britain would later lose the southern North American colonies in the American Revolution. The northern colonies would become the modern country of Canada.

HMS Dreadnought was a battleship built for the Royal Navy that revolutionized naval power. Her name and the type of the entire class of warships that was named after her stems from archaic English in which “dreadnought” means “a fearless person” or “a heavy overcoat for stormy weather”. Dreadnought’s entry into service in 1906 represented such an advance in naval technology that its name came to be associated with an entire generation of battleships, the “dreadnoughts”, as well as the class of ships named after it. The generation of ships she made obsolete became known as “pre-dreadnoughts”.

Admiral Sir John “Jacky” Fisher, First Sea Lord of the Board of Admiralty, is credited as the father of Dreadnought. Shortly after he assumed office, he ordered design studies for a battleship armed solely with 12-inch (305 mm) guns and a speed of 21 knots (39 km/h; 24 mph). He convened a “Committee on Designs” to evaluate the alternative designs and to assist in the detailed design work. One ancillary benefit of the Committee was that it would shield him and the Admiralty from political charges that they had not consulted leading experts before designing such a radically different battleship.

Dreadnought was the first battleship of her era to have a uniform main battery, rather than having a few large guns complemented by a heavy secondary armament of smaller guns. She was also the first capital ship to be powered by steam turbines, making her the fastest battleship in the world at the time of her completion. Her launch helped spark a naval arms race as navies around the world, particularly the German Imperial Navy, rushed to match it in the build-up to World War I.

Ironically for a vessel designed to engage enemy battleships, her only significant action was the ramming and sinking of German submarine SM U-29, becoming the only battleship confirmed to have sunk a submarine. Dreadnought did not participate in the Battle of Jutland in 1916 as she was being refitted. Nor did Dreadnought participate in any of the other World War I naval battles. In May 1916 she was relegated to coastal defense duties in the English Channel, not rejoining the Grand Fleet until 1918. The ship was reduced to reserve in 1919 and sold for scrap two years later.

Francis Gary Powers, an American who was shot down over the Soviet Union while flying a CIA spy plane in 1960, is released by the Soviets in exchange for the U.S. release of a Russian spy. The exchange concluded one of the most dramatic episodes of the Cold War.

Powers had been a pilot of one of the high altitude U-2 spy planes developed by the United States in the late-1950s. Supposedly invulnerable to any Soviet antiaircraft defense, the U-2s flew numerous missions over Russia, photographing military installations. On May 1, 1960, Powers’ U-2 was shot down by a Soviet missile. Although Powers was supposed to engage the plane’s self-destruct system (and commit suicide with poison furnished by the CIA), he and much of the plane were captured. The United States at first denied involvement with the flight but had to admit that Powers was working for the U.S. government when the Soviets presented incontrovertible evidence. In retaliation, Soviet leader Nikita Khrushchev called off a scheduled summit with President Dwight D. Eisenhower.

Powers was put on trial, convicted of espionage, and sentenced to 10 years imprisonment. In February 1962, the Soviet Union announced that it was freeing Powers because of a petition from the prisoner’s family. American officials made it quite clear, however, that Abel was being exchanged for Powers—a spy-for-a-spy trade, not a humanitarian gesture on the part of the Soviet Union. The U.S. government announced that in exchange for Powers, it would release Col. Rudolf Abel, a Russian convicted of espionage in the United States. On February 10, Abel and Powers were brought to the Gilenicker Bridge that linked East and West Berlin for the exchange. After the men were successfully exchanged, Powers was flown back to the United States.

In an announcement, the Soviet Union declared that its release of Powers was partially motivated by “a desire to improve relations between the Soviet Union and the United States.” U.S. officials were cautious in evaluating the Soviet overture but did note that the action could certainly help lessen Cold War tensions. The exchange was part of the ongoing diplomatic dance between Khrushchev and President John F. Kennedy. Both men seemed earnest to desire better relations, and the February 1962 exchange was no doubt part of their efforts. Just a few months later, however, the Cuban Missile Crisis, in which the Soviets helped construct missile bases in Cuba, erased the memory of these diplomatic overtures and brought the two powers to the brink of nuclear conflict.

Ronald H. Brown, a former Supreme Court lawyer and leader of the National Urban League, is elected chairman of the Democratic Party National Committee. He was the first African American to hold the top position in a major political party in the United States.

Brown, born in Washington, D.C., in 1941, was raised in New York City’s Harlem, where he worked as a welfare caseworker before joining the U.S. Army. After holding important positions in the National Urban League, an advocacy group for the renewal of inner cities, he became a member of the U.S. Supreme Court bar and served as chief counsel for the Senate Judiciary Committee.

As chairman of the Democratic Party, Brown played a pivotal role in securing the 1992 election of Bill Clinton, the first Democratic president in 12 years. In 1993, he was appointed America’s first African American secretary of commerce by President Clinton, a capacity in which he served until April 3, 1996, when he and 32 other Americans were killed when their plane crashed into a mountain in Croatia. Brown had been leading a delegation of business executives to the former Yugoslavia to explore business opportunities that might help rebuild the war-torn region.

On this day in 1957, Laura Ingalls Wilder, author of the best-selling “Little House” series of children’s novels based on her childhood on the American frontier, dies at age 90 in Mansfield, Missouri.

Laura Elizabeth Ingalls was born in a log cabin near Pepin, Wisconsin, on February 7, 1867, the second of Charles and Caroline Quiner Ingalls’ four daughters. As a child, she lived with her family in Indian Territory in Kansas, as well as in farming communities in Minnesota and Iowa. In the late 1870s, the Ingalls moved to Dakota Territory, settling in present-day De Smet, South Dakota. Laura Ingalls worked as a school teacher in the area, starting in her teens, and in 1885, married Almanzo Wilder, a local homesteader 10 years her senior. In 1886, the couple had a daughter; their only other child, a son, died shortly after his birth in 1889.

In 1894, after several years of drought in South Dakota, the Wilders traveled by covered wagon to Mansfield, Missouri, in the Ozarks, where they established a farm. Years later, Laura Ingalls Wilder began contributing essays to local newspapers. In 1932, Wilder, then in her 60s, published her first novel, “Little House in the Big Woods,” an autobiographical account of pioneer life in Wisconsin. The book became a success, and she went on to publish seven more novels based on her experiences growing up on the American frontier in the 1870s and 1880s. These books, including “Little House on the Prairie” (1935), “On the Banks of Plum Creek” (1937) and “The Long Winter” (1940), chronicled the joys and hardships (including illnesses, crop failures, blizzards, fires and grasshopper plagues) that Wilder and her family experienced. A ninth novel, “The First Four Years,” (1971) was published posthumously, as were several other books based on Wilder’s journals and letters. Wilder’s daughter, Rose Wilder Lane, an author and journalist, is believed to have helped edit her mother’s books, although the exact extent of her collaboration is unknown.

The “Little House” books have been translated into dozens of languages and continue to be read by legions of fans. The books also inspired a hit TV series, “Little House on the Prairie,” which originally aired from 1974 to 1982 and starred Melissa Gilbert as the plucky Laura and Michael Landon as her father Charles.