Jennie Fitzkee provides us with a fascinating theory that explains the high quality of Cuban cigars. I didn’t know this! Please share!

While reading aloud is my passion and what I do- because it makes a marked difference in learning- I always write about reading aloud to children.

Well, there’s more.  Adults.  The proof of reading aloud making a difference is in the high quality of Cuban cigars.  It’s a great story, one of my favorites.

Reading aloud never gets old.  It weathers time and generations.  For adults, when we are read to, we listen, think and feel.  And, we have to stretch our brain.  When we only hear the words it sharpens our mind, and our performance is much better.

The Cuban cigar industry understood this.  That’s why they make the finest cigars.

They have la lectura, who reads aloud for up to four hours to the factory workers, from the daily news to Shakespeare to current books.  This is both brilliant and common sense; the workers are entertained, happy… 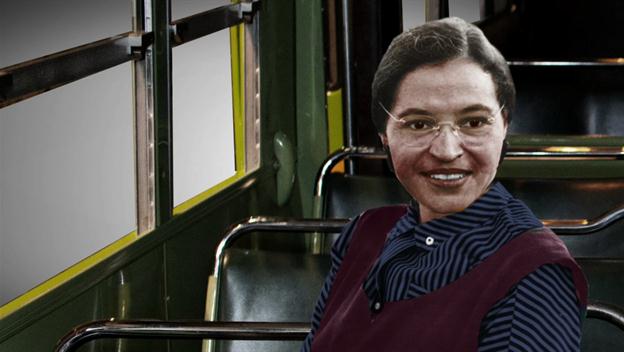 * 2005 – First government of Nunatsiavut Sworn in.

Nunatsiavut /nuːˈnɑːtsiəvʊt/ is an autonomous area claimed by the Inuit in Newfoundland and Labrador, Canada. The settlement area includes territory in Labrador extending to the Quebec border. In 2002, the Labrador Inuit Association submitted a proposal for limited autonomy to the government of Newfoundland and Labrador. The constitution was ratified on 1 December 2005, at which time the Labrador Inuit Association ceased to exist, and the new Government of Nunatsiavut was established, initially being responsible for health, education and cultural affairs. It is also responsible for setting and conducting elections, the first of which was executed in October 2006. An election for the Ordinary Members of the Nunatsiavut Assembly was held on 4 May 2010. The Nunatsiavut Assembly was dissolved on 6 April in preparation for the election. Its incumbent president is Johannes Lampe who assumed office in 2016.

Shortly after 11 a.m. on December 1, 1990, 132 feet below the English Channel, workers drill an opening the size of a car through a wall of rock. This was no ordinary hole–it connected the two ends of an underwater tunnel linking Great Britain with the European mainland for the first time in more than 8,000 years.

The Channel Tunnel, or “Chunnel,” was not a new idea. It had been suggested to Napoleon Bonaparte, in fact, as early as 1802. It wasn’t until the late 20th century, though, that the necessary technology was developed. In 1986, Britain and France signed a treaty authorizing the construction of a tunnel running between Folkestone, England, and Calais, France.

Over the next four years, nearly 13,000 workers dug 95 miles of tunnels at an average depth of 150 feet (45 meters) below sea level. Eight million cubic meters of soil were removed, at a rate of some 2,400 tons per hour. The completed Chunnel would have three interconnected tubes, including one rail track in each direction and one service tunnel. The price? A whopping $15 billion.

After workers drilled that final hole on December 1, 1990, they exchanged French and British flags and toasted each other with champagne. Final construction took four more years, and the Channel Tunnel finally opened for passenger service on May 6, 1994, with Britain’s Queen Elizabeth II and France’s President Francois Mitterrand on hand in Calais for the inaugural run. A company called Eurotunnel won the 55-year concession to operate the Chunnel, which is the crucial stretch of the Eurostar high-speed rail link between London and Paris. The regular shuttle train through the tunnel runs 31 miles in total–23 of those underwater–and takes 20 minutes, with an additional 15-minute loop to turn the train around. The Chunnel is the second-longest rail tunnel in the world, after the Seikan Tunnel in Japan.

On this day in 1913, Henry Ford installs the first moving assembly line for the mass production of an entire automobile. His innovation reduced the time it took to build a car from more than 12 hours to two hours and 30 minutes.

Ford’s Model T, introduced in 1908, was simple, sturdy and relatively inexpensive–but not inexpensive enough for Ford, who was determined to build “motor car[s] for the great multitude.” (“When I’m through,” he said, “about everybody will have one.”) In order to lower the price of his cars, Ford figured, he would just have to find a way to build them more efficiently.

Ford had been trying to increase his factories’ productivity for years. The workers who built his Model N cars (the Model T’s predecessor) arranged the parts in a row on the floor, put the under-construction auto on skids and dragged it down the line as they worked. Later, the streamlining process grew more sophisticated. Ford broke the Model T’s assembly into 84 discrete steps, for example, and trained each of his workers to do just one. He also hired motion-study expert Frederick Taylor to make those jobs even more efficient. Meanwhile, he built machines that could stamp out parts automatically (and much more quickly than even the fastest human worker could).

The most significant piece of Ford’s efficiency crusade was the assembly line. Inspired by the continuous-flow production methods used by flour mills, breweries, canneries and industrial bakeries, along with the disassembly of animal carcasses in Chicago’s meat-packing plants, Ford installed moving lines for bits and pieces of the manufacturing process: For instance, workers built motors and transmissions on rope-and-pulley–powered conveyor belts. In December 1913, he unveiled the pièce de résistance: the moving-chassis assembly line.

In February 1914, he added a mechanized belt that chugged along at a speed of six feet per minute. As the pace accelerated, Ford produced more and more cars, and on June 4, 1924, the 10-millionth Model T rolled off the Highland Park assembly line. Though the Model T did not last much longer–by the middle of the 1920s, customers wanted a car that was inexpensive and had all the bells and whistles that the Model T scorned–it had ushered in the era of the automobile for everyone.

In Montgomery, Alabama, Rosa Parks is jailed for refusing to give up her seat on a public bus to a white man, a violation of the city’s racial segregation laws. The successful Montgomery Bus Boycott, organized by a young Baptist minister named Martin Luther King, Jr., followed Park’s historic act of civil disobedience.

“The mother of the civil rights movement,” as Rosa Parks is known, was born in Tuskegee, Alabama, in 1913. She worked as a seamstress and in 1943 joined the Montgomery chapter of the National Association for the Advancement of Colored People (NAACP).

According to a Montgomery city ordinance in 1955, African Americans were required to sit at the back of public buses and were also obligated to give up those seats to white riders if the front of the bus filled up. Parks was in the first row of the black section when the white driver demanded that she give up her seat to a white man. Parks’ refusal was spontaneous but was not merely brought on by her tired feet, as is the popular legend. In fact, local civil rights leaders had been planning a challenge to Montgomery’s racist bus laws for several months, and Parks had been privy to this discussion.

Learning of Parks’ arrest, the NAACP and other African American activists immediately called for a bus boycott to be held by black citizens on Monday, December 5. Word was spread by fliers, and activists formed the Montgomery Improvement Association to organize the protest. The first day of the bus boycott was a great success, and that night the 26-year-old Rev. Martin Luther King, Jr., told a large crowd gathered at a church, “The great glory of American democracy is the right to protest for right.” King emerged as the leader of the bus boycott and received numerous death threats from opponents of integration. At one point, his home was bombed, but he and his family escaped bodily harm.

The boycott stretched on for more than a year, and participants carpooled or walked miles to work and school when no other means were possible. As African Americans previously constituted 70 percent of the Montgomery bus ridership, the municipal transit system suffered gravely during the boycott. On November 13, 1956, the U.S. Supreme Court struck down Alabama state and Montgomery city bus segregation laws as being in violation of the equal protection clause of the 14th Amendment to the U.S. Constitution. On December 20, King issued the following statement: “The year-old protest against city buses is officially called off, and the Negro citizens of Montgomery are urged to return to the buses tomorrow morning on a non-segregated basis.” The boycott ended the next day. Rosa Parks was among the first to ride the newly desegregated buses.

Martin Luther King, Jr., and his nonviolent civil rights movement had won its first great victory. There would be many more to come.

Rosa Parks died on October 24, 2005. Three days later the U.S. Senate passed a resolution to honor Parks by allowing her body to lie in honor in the U.S. Capitol Rotunda.

* 1824 Presidential election goes to the House.

As no presidential candidate had received a majority of the total electoral votes in the election of 1824, Congress decides to turn over the presidential election to the House of Representatives, as dictated by the 12th Amendment to the U.S. Constitution.

In the November 1824 election, 131 electoral votes, just over half of the 261 total, were necessary to elect a candidate president. Although it had no bearing on the outcome of the election, popular votes were counted for the first time in this election. On December 1, 1824, the results were announced. Andrew Jackson of Tennessee won 99 electoral and 153,544 popular votes; John Quincy Adams–the son of John Adams, the second president of the United States–received 84 electoral and 108,740 popular votes; Secretary of State William H. Crawford, who had suffered a stroke before the election, received 41 electoral votes; and Representative Henry Clay of Virginia won 37 electoral votes.

As dictated by the Constitution, the election was then turned over to the House of Representatives. The 12th Amendment states that if no electoral majority is won, only the three candidates who receive the most popular votes will be considered in the House. Representative Henry Clay, who was disqualified from the House vote as a fourth-place candidate, agreed to use his influence to have John Quincy Adams elected. Clay and Adams were both members of a loose coalition in Congress that by 1828 became known as the National Republicans, while Jackson’s supporters were later organized into the Democratic Party.

Thanks to Clay’s backing, on February 9, 1825, the House elected Adams as president of the United States. When Adams then appointed Clay to the top cabinet post of secretary of state, Jackson and his supporters derided the appointment as the fulfillment of a corrupt agreement.

With little popular support, Adams’ time in the White House was largely ineffectual, and the so-called Corrupt Bargain haunted his administration. In 1828, he was defeated in his reelection bid by Andrew Jackson, who received more than twice as many electoral votes than Adams.