In 1825 – Great Miramachi Fire breaks out – kills over 500 people in New Brunswick. In 1973 The Yom Kippur War brings the US and USSR to the brink of conflict. In 1683 First Mennonites arrive in America. In 1866 The Reno brothers carry out the first train robbery in U.S. history. In 1847 Jane Eyre is published. 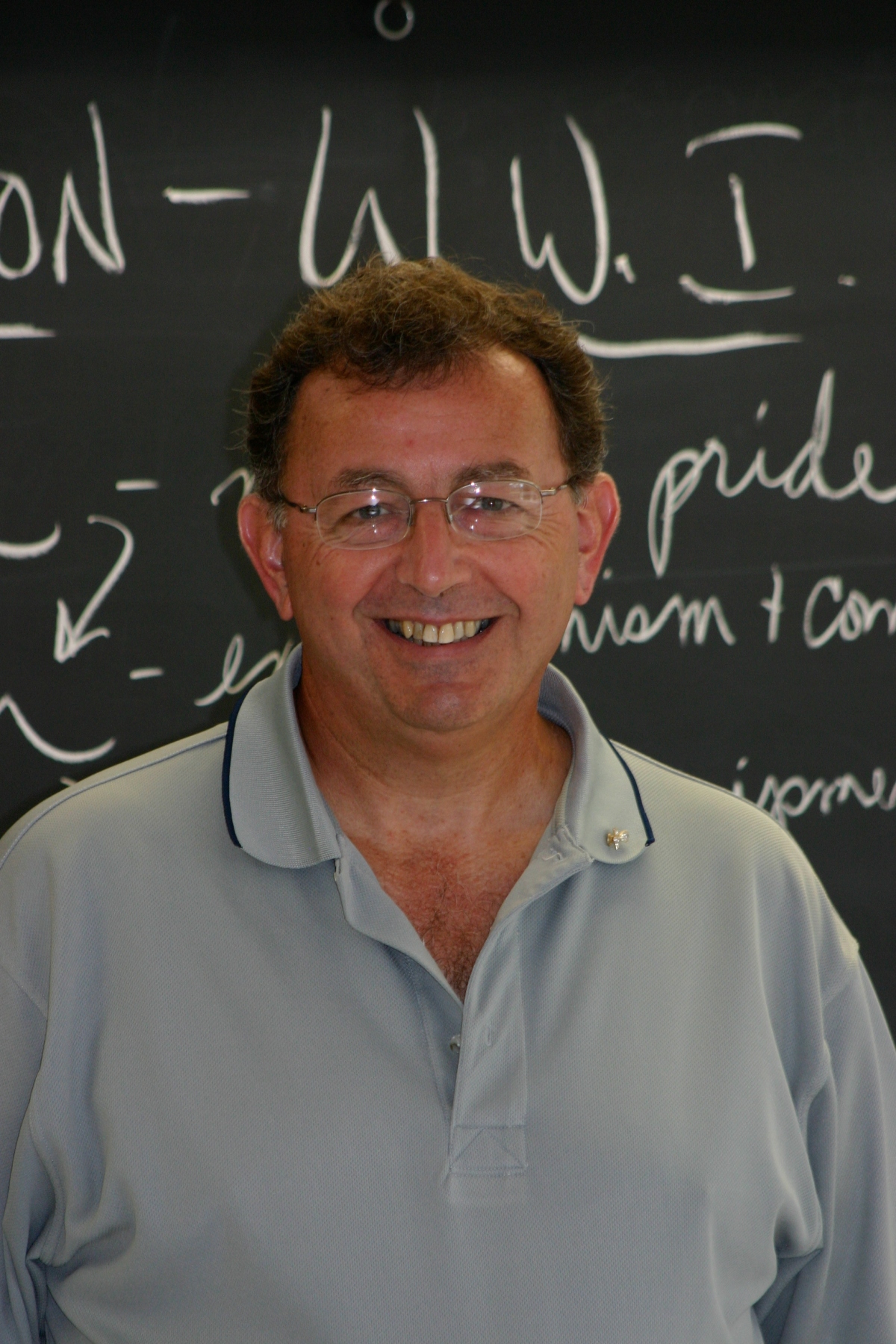 It’s Friday! TGIF! Did you know…

The Great Miramichi Fire refers to a massive forest fire (or series of fires) which devastated forests and communities throughout much of northern New Brunswick in October 1825. It ranks among the three largest forest fires ever recorded in North America. About 1/3 of the homes in Fredericton were destroyed, but the main devastation was 100 miles (160 km) to the northeast. The preceding summer was a particularity hot one, with bushfires common. On the evening of October 7, 1825, the firestorm roared through Newcastle, New Brunswick (now part of the City of Miramichi), and in less than 3 hours reduced the town of 1,000 people to ruins – of 260 original buildings, only 12 remained. Only 6 of 70 buildings survived in the adjacent village of Douglastown. The fire similarly destroyed other communities, including Moorefield, Napan, and Black River Bridge. Chatham, Nelson, and Doaktown escaped the fire. The cause of the blaze is not known but was likely of human origin.

About 160 people died in and around Newcastle, including prisoners in the Newcastle Jail. Elsewhere, the totals were likely higher, given the number of lumbermen in the forests at the time (about 3000). To escape the blaze many residents took refuge with livestock and wildlife on the Miramichi River.

In total, the fire(s) consumed almost 16,000 km² (about 1/5 of New Brunswick’s forests). The blaze has been partly attributed to unusually hot weather in the fall and summer of 1825, coupled with outdoor fires by settlers and loggers.

The communities were soon rebuilt, but many of those affected moved to communities bordering the Bay of Chaleur, including Campbellton, Dalhousie, Belledune, and the southern Gaspé coast. It is also probable that some of the displaced persons established a community in the Ottawa Valley formerly known as Miramichi, now known as Pembroke, Ontario. Although the lumber industry recovered, the fire is considered responsible for the end of the mast-making industry on the Miramichi River.

The event is commemorated in the 1959 Folkways Records recording of Miramichi Fire, a traditional folk song included on the album Folksongs of Maine[permanent dead link] by Sandy Ives. The fire is also the centerpiece of Valerie Sherrard’s first historical novel, Three Million Acres of Flame. The fire is also referred to in the 2016 novel Barkskins by Pulitzer Prize-winning author Annie Proulx.

* 1973 The Yom Kippur War brings the US and USSR to the brink of conflict.

The surprise attack by Egyptian and Syrian forces on Israel in October 1973 throws the Middle East into turmoil and threatens to bring the United States and the Soviet Union into direct conflict for the first time since the Cuban Missile Crisis in 1962. Though actual combat did not break out between the two nations, the events surrounding the Yom Kippur War seriously damaged U.S.-Soviet relations and all but destroyed President Richard Nixon’s much-publicized policy of detente.

Initially, it appeared that Egypt and Syria would emerge victorious from the conflict. Armed with up-to-date Soviet weaponry, the two nations hoped to avenge their humiliating defeat in the Six-Day War of 1967. Israel caught off guard, initially reeled under the two-front attack, but Israeli counterattacks turned the tide, aided by massive amounts of U.S. military assistance, as well as disorganization among the Syrian and Egyptian forces. The Syrians were driven back, with Israeli troops seizing the strategically important Golan Heights. Egyptian forces fared even worse: retreating back through the Sinai Desert, thousands of their troops were surrounded and cut off by the Israeli army. Secretary of State Henry Kissinger, together with his Soviet counterparts, eventually arranged a shaky cease-fire. When it became clear that Israel would not give up its siege of the Egyptian troops (low on food and medicine by this time), the Soviets threatened to take unilateral action to rescue them. Tempers flared both in Washington and Moscow; U.S. military forces went to a Stage 3 alert (Stage 5 is the launch of nuclear attacks). The Soviets backed down on their threat but the damage to relations between the two nations was serious and

Secretary of State Henry Kissinger, together with his Soviet counterparts, eventually arranged a shaky cease-fire. When it became clear that Israel would not give up its siege of the Egyptian troops (low on food and medicine by this time), the Soviets threatened to take unilateral action to rescue them. Tempers flared both in Washington and Moscow; U.S. military forces went to a Stage 3 alert (Stage 5 is the launch of nuclear attacks). The Soviets backed down on their threat but the damage to relations between the two nations was serious and long-lasting.

Kissinger worked furiously to bring about a peace settlement between Israel and Syria and Egypt. In what came to be known as “shuttle diplomacy,” the secretary of state flew from nation to nation hammering out the details of the peace accord. Eventually, Israeli troops withdrew from some of their positions in both the Sinai and Syrian territory, while Egypt promised to forego the use of force in its dealings with Israel. Syria grudgingly accepted the peace plan but remained adamantly opposed to the existence of the Israeli state.

Encouraged by William Penn’s offer of 5,000 acres of land in the colony of Pennsylvania and the freedom to practice their religion, the first Mennonites arrived in America aboard the Concord. They were among the first Germans to settle in the American colonies.

The Mennonites, members of a Protestant sect founded by Menno Simons in the 16th century, were widely persecuted in Europe. Seeking religious freedom, Mennonite Francis Daniel Pastorious led a group from Krefeld, Germany, to Pennsylvania in 1683 and founded Germantown, the pioneer German settlement in America and now part of the city of Philadelphia. Numerous other German groups followed, and by the American Revolution, there were 100,000 Germans in William Penn’s former colony, more than a third of Pennsylvania’s total population at the time.

Canadian Note: From 1785-1825 many Mennonites, led by Benjamin Eby, came by wagon train to the Waterloo Region and founded Ebytown – present-day Kitchener. They gave the twin cities, Kitchener-Waterloo, their German heritage. Since 1969 the Waterloo Region celebrates its German heritage by hosting North America’s largest Oktoberfest Bavarian Festival – this year’s version kicks off today!

* 1866 The Reno brothers carry out the first train robbery in U.S. history.

On this day in 1866, the brothers John and Simeon Reno stage the first train robbery in American history, making off with $13,000 from an Ohio and Mississippi railroad train in Jackson County, Indiana.

Of course, trains had been robbed before the Reno brothers’ holdup. But these previous crimes had all been burglaries of stationary trains sitting in depots or freight yards. The Reno brothers’ contribution to criminal history was to stop a moving train in a sparsely populated region where they could carry out their crime without risking interference from the law or curious bystanders.

Though created in Indiana, the Reno brother’s new method of robbing trains quickly became very popular in the West. Many bandits, who might otherwise have been robbing banks or stagecoaches, discovered that the newly constructed transcontinental and regional railroads in the West made attractive targets. With the western economy booming, trains often carried large amounts of cash and precious minerals. The wide-open spaces of the West also provided train robbers with plenty of isolated areas ideal for stopping trains, as well as plenty of wild spaces where they could hide from the law. Some criminal gangs, like Butch Cassidy’s Wild Bunch, found that robbing trains was so easy and lucrative that for a time they made it their criminal specialty.

The railroad owners, however, were not about to sit back and let Cassidy or any other bandit freely pillage their trains. To their dismay, would-be train robbers increasingly found that the cash and precious metals on trains were well protected in massive safes watched over by heavily armed guards. Some railroads, such as the Union Pacific, even began adding special boxcars designed to carry guards and their horses. In the event of an attempted robbery, these men could not only protect the train’s valuables but could also quickly mount their horses and chase down the fleeing bandits–hopefully putting a permanent end to their criminal careers. As a result, by the late 19th century, train robbery was becoming an increasingly difficult–and dangerous–profession.

On this day in 1847, Jane Eyre is published by Smith, Elder and Co. Charlotte Bronte, the book’s author, used the pseudonym Currer Bell. The book, about the struggles of an orphan girl who grows up to become a governess, was an immediate popular success.

Bronte was born in 1816, one of six siblings who grew up in a gloomy parsonage in the remote English village of Hawthorne. Her mother died when she was 5, and Charlotte, her two older sisters, and her younger sister Emily were sent to Clergy Daughter’s School at Cowan Bridge in Lancashire. The cheap school featured bad food, cold rooms, and harsh discipline, all reflected in the image of the boarding school portrayed in Jane Eyre.

Charlotte’s two oldest sisters died of illnesses while at school. After their sisters’ deaths, Charlotte and Emily were brought home, where they and their remaining siblings, Anne and Branwell, amused themselves by making up elaborate stories about fantastical worlds. From 1835 to 1838, Charlotte taught in a girls’ school. Meanwhile, she and Emily formed a plan to open their own school, and in 1842 the sisters went to Brussels to study languages and school administration. In Brussels, Charlotte fell in love with the married headmaster, an experience she used as the basis for her last novel, Villette (1853). Returning to the parsonage at Hawthorne, the sisters tried to open their own school but could not attract pupils. Meanwhile, their adored brother Branwell had become a heavy drinker and opium user. When Emily got him a job teaching with her at a wealthy manor, he lost both their positions after a tryst with the mother of the house.

In 1846, Charlotte accidentally found some poems written by Emily and discovered that all three sisters had secretly been writing verse. They published their own book, Poems by Currer, Ellis and Acton Bell, adopting a pseudonym because they believed women writers were judged too softly. Only two copies sold, but publishers became interested in the sisters’ work. Charlotte’s Jane Eyre was published in 1847 under the name Currer Bell. Emily’s Wuthering Heights and Anne’s Agnes Grey were published later that year. Sadly, all three of Charlotte’s siblings died within the next two years. Left alone, Charlotte cared for her ill father and married curate Arthur Bell Nicholls in 1854. Charlotte died during pregnancy shortly after the marriage.

8 thoughts on “John’s Believe It Or Not… October 6th”