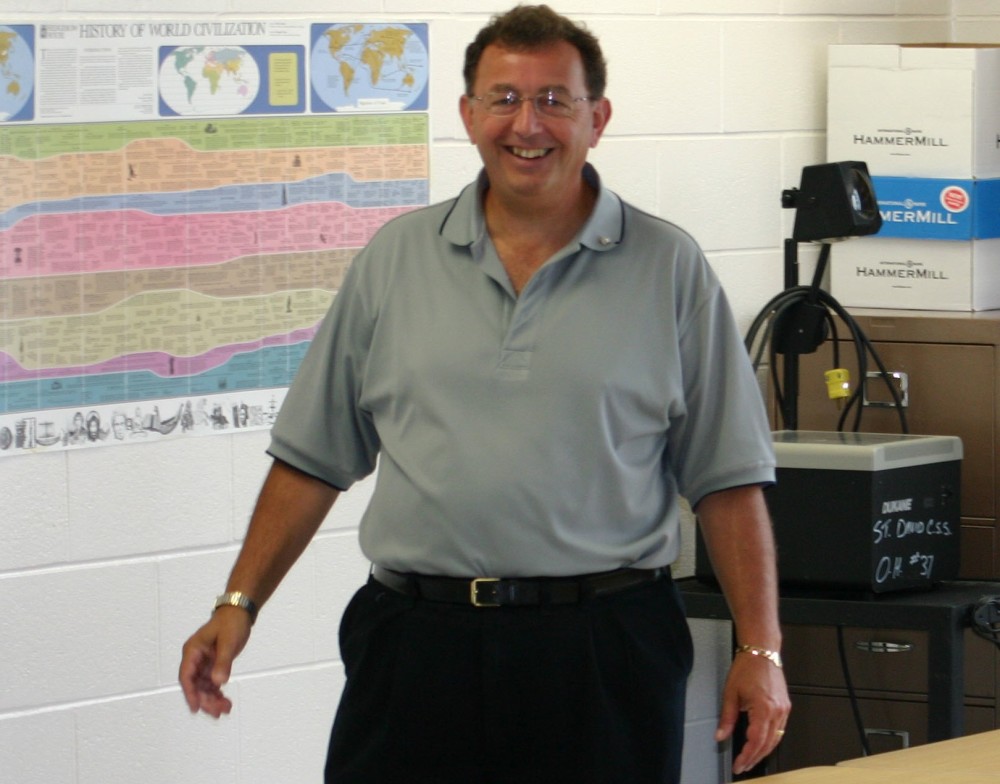 It’s Sunday! Did you know…

* 1942 Battle of Midway begins. (On this day in 1942, the Battle of Midway–one of the most decisive U.S. victories against Japan during World War II–begins. During the four-day sea-and-air battle, the outnumbered U.S. Pacific Fleet succeeded in destroying four Japanese aircraft carriers while losing only one of its own, the Yorktown, to the previously invincible Japanese navy. A thousand miles northwest of Honolulu, the strategic island of Midway became the focus of his scheme to smash U.S. resistance to Japan’s imperial designs. Yamamoto’s plan consisted of a feint toward Alaska followed by an invasion of Midway by a Japanese strike force. When the U.S. Pacific Fleet arrived at Midway to respond to the invasion, it would be destroyed by the superior Japanese fleet waiting unseen to the west. U.S. intelligence broke the Japanese naval code, however, and the Americans anticipated the surprise attack. In the meantime, 200 miles to the northeast, two U.S. attack fleets caught the Japanese force entirely by surprise and destroyed three heavy Japanese carriers and one heavy cruiser. The only Japanese carrier that initially escaped destruction, the Hiryu, loosed all its aircraft against the American task force and managed to seriously damage the U.S. carrier Yorktown, forcing its abandonment. At about 5:00 p.m., dive-bombers from the U.S. carrier Enterprise returned the favor, mortally damaging the Hiryu. It was scuttled the next morning. When the Battle of Midway ended, Japan had lost four carriers, a cruiser, and 292 aircraft, and suffered an estimated 2,500 casualties. The U.S. lost the Yorktown, the destroyer USS Hammann, 145 aircraft and suffered approximately 300 casualties. Japan’s losses hobbled its naval might–bringing Japanese and American sea power to approximate parity–and marked the turning point in the Pacific theater of World War II. In August 1942, the great U.S. counteroffensive began at Guadalcanal and did not cease until Japan’s surrender three years later.)

* 1989 Tiananmen Square massacre takes place. (Chinese troops storm through Tiananmen Square in the center of Beijing, killing and arresting thousands of pro-democracy protesters. The brutal Chinese government assault on the protesters shocked the West and brought denunciations and sanctions from the United States. In May 1989, nearly a million Chinese, mostly young students, crowded into central Beijing to protest for greater democracy and call for the resignations of Chinese Communist Party leaders deemed too repressive. For nearly three weeks, the protesters kept up daily vigils and marched and chanted. Western reporters captured much of the drama for television and newspaper audiences in the United States and Europe. On June 4, 1989, however, Chinese troops and security police stormed through Tiananmen Square, firing indiscriminately into the crowds of protesters. Turmoil ensued, as tens of thousands of the young students tried to escape the rampaging Chinese forces. Other protesters fought back, stoning the attacking troops and overturning and setting fire to military vehicles. Reporters and Western diplomats on the scene estimated that at least 300, and perhaps thousands, of the protesters, had been killed and as many as 10,000 were arrested. The savagery of the Chinese government’s attack shocked both its allies and Cold War enemies. Soviet leader Mikhail Gorbachev declared that he was saddened by the events in China. He said he hoped that the government would adopt his own domestic reform program and begin to democratize the Chinese political system. In the United States, editorialists and members of Congress denounced the Tiananmen Square massacre and pressed for President George Bush to punish the Chinese government. A little more than three weeks later, the U.S. Congress voted to impose economic sanctions against the People’s Republic of China in response to the brutal violation of human rights.)

* 1940 Dunkirk evacuation ends. (On June 4, 1940, the evacuation of Allied forces from Dunkirk on the Belgian coast ends as German forces capture the beach port. The nine-day evacuation, the largest of its kind in history and an unexpected success, saved 338,000 Allied troops from capture by the Nazis. Reluctant to retreat so soon, the Allies fought on and launched an ineffective counterattack on May 21. By May 24, Walther von Brauchitsch, the German army commander in chief, was poised to take Dunkirk, the last port available for the withdrawal of the mass of the BEF from Europe. Fortunately for the Allies, Nazi leader Adolf Hitler suddenly intervened, halting the German advance. Hitler had been assured by Hermann Goering, head of the Luftwaffe, that his aircraft could destroy the Allied forces trapped on the beaches at Dunkirk, so Hitler ordered the forces besieging Dunkirk to pull back. On May 26, the British finally initiated Operation Dynamo–the evacuation of Allied forces from Dunkirk. The next day, the Allies learned that King Leopold III of Belgium was surrendering, and the Germans resumed the land attack on Dunkirk. By then, the British had fortified their defenses, but the Germans would not be held for long, and the evacuation was escalated. As there were not enough ships to transport the huge masses of men stranded at Dunkirk, the British Admiralty called on all British citizens in possession of sea-worthy vessels to lend their ships to the effort. Fishing boats, pleasure yachts, lifeboats, and other civilian ships raced to Dunkirk, braving mines, bombs, and torpedoes. During the evacuation, the Royal Air Force (RAF) successfully resisted the Luftwaffe, saving the operation from failure. Still, the German fighters bombarded the beach, destroyed numerous vessels, and pursued other ships within a few miles of the English coast. The harbor at Dunkirk was bombed out of use, and small civilian vessels had to ferry the soldiers from the beaches to the warships waiting at sea. But for nine days, the evacuation continued, a miracle to the Allied commanders who had expected disaster. By June 4, when the Germans closed in and the operation came to an end, 198,000 British and 140,000 French troops were saved. These experienced soldiers would play a crucial role in future resistance against Nazi Germany.)

* 1876 Express train crosses the US in 83 hours. (That any human being could travel across the entire nation in less than four days was inconceivable to previous generations of Americans. During the early 19th century, when Thomas Jefferson first dreamed of an American nation stretching from “sea to shining sea,” it took the president 10 days to travel the 225 miles from Monticello to Philadelphia via carriage. Even with frequent changing of horses, the 100-mile journey from New York to Philadelphia demanded two days hard travel in a light stagecoach. At such speeds, the coasts of the continent-wide American nation were months apart. How could such a vast country ever hope to remain united? As early as 1802, Jefferson had some glimmer of an answer. “The introduction of so powerful an agent as steam,” he predicted, “[to a carriage on wheels] will make a great change in the situation of man.” Though Jefferson never saw a train in his lifetime, he had glimpsed the future with the idea. Within half a century, America would have more railroads than any other nation in the world. By 1869, the first transcontinental line linking the coasts was completed. Suddenly, a journey that had previously taken months using horses could be made in less than a week. Five days after the transcontinental railroad was completed, daily passenger service over the rails began. The speed and comfort offered by rail travel were so astonishing that many Americans could scarcely believe it, and popular magazines wrote glowing accounts of the amazing journey. For the wealthy, a trip on the transcontinental railroad was a luxurious experience. First-class passengers rode in beautifully appointed cars with plush velvet seats that converted into snug sleeping berths. The finer amenities included steam heat, fresh linen daily, and gracious porters who catered to their every whim. For an extra $4 a day, the wealthy traveler could opt to take the weekly Pacific Hotel Express, which offered first-class dining on board. As one happy passenger wrote, “The rarest and richest of all my journeying through life is this three-thousand miles by rail.” The trip was a good deal less speedy and comfortable for passengers unwilling or unable to pay the premium fares. Whereas most of the first-class passengers traveled the transcontinental line for business or pleasure, the third-class occupants were often emigrants hoping to make a new start in the West. A third-class ticket could be purchased for only $40–less than half the price of the first-class fare. At this low rate, the traveler received no luxuries. Their cars, fitted with rows of narrow wooden benches, were congested, noisy, and uncomfortable. The railroad often attached the coach cars to freight cars that were constantly shunted aside to make way for the express trains. Consequently, the third-class traveler’s journey west might take 10 or more days. Even under these trying conditions, few travelers complained. Even 10 days spent sitting on a hard bench seat was preferable to six months walking alongside a Conestoga wagon on the Oregon Trail.)

* 1896 Henry Ford test-drives his “Quadricycle”. (At approximately 4:00 a.m. on June 4, 1896, in the shed behind his home on Bagley Avenue in Detroit, Henry Ford unveils the “Quadricycle,” the first automobile he ever designed or drove. Ford was working as the chief engineer for the main plant of the Edison Illuminating Company when he began working on the Quadricycle. On call at all hours to ensure that Detroit had electrical service 24 hours a day, Ford was able to use his flexible working schedule to experiment with his pet project–building a horseless carriage with a gasoline-powered engine. His obsession with the gasoline engine had begun when he saw an article on the subject in a November 1895 issue of American Machinist magazine. The following March, another Detroit engineer named Charles King took his own hand-built vehicle–made of wood, it had a four-cylinder engine and could travel up to five miles per hour–out for a ride, fueling Ford’s desire to build a lighter and faster gasoline-powered model. As he would do throughout his career, Ford used his considerable powers of motivation and organization to get the job done, enlisting friends–including King–and assistants to help him bring his vision to life. After months of work and many setbacks, Ford was finally ready to test-drive his creation–basically, a light metal frame fitted with four bicycle wheels and powered by a two-cylinder, four-horsepower gasoline engine–on the morning of June 4, 1896. When Ford and James Bishop, his chief assistant, attempted to wheel the Quadricycle out of the shed, however, they discovered that it was too wide to fit through the door. To solve the problem, Ford took an ax to the brick wall of the shed, smashing it to make space for the vehicle to be rolled out. With Bishop bicycling ahead to alert passing carriages and pedestrians, Ford drove the 500-pound Quadricycle down Detroit’s Grand River Avenue, circling around three major thoroughfares. The Quadricycle had two driving speeds, no reverse, no brakes, rudimentary steering ability and a doorbell button as a horn, and it could reach about 20 miles per hour, easily overpowering King’s invention. Aside from one breakdown on Washington Boulevard due to a faulty spring, the drive was a success, and Ford was on his way to becoming one of the most formidable success stories in American business history.)

* This Day In History – What Happened Today    http://www.history.com/this-day-in-history/

Leave a Reply to Christy B Cancel reply